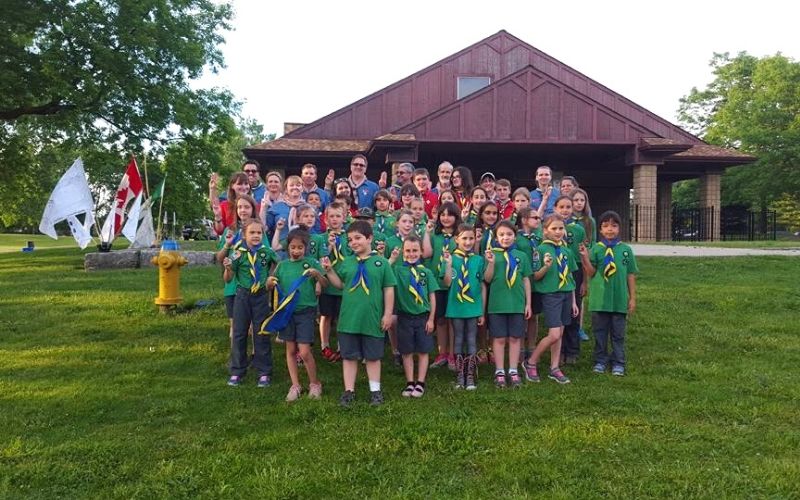 We are a non-profit scouting group geared towards francophone kids. Our mission is to promote and support the full developmental potential of each scout as members of a community as well as help them become citizens that play an active role in society.

Every year at the end of November, our three scout groups go out into the community to collect canned goods for those in need. We have our beavers who are aged 7 & 8, cubs aged 9-11 years old as well as scouts who are between the ages of 12-14. Each group is well monitored by scout leaders as well as some helpful parents who volunteer.

No matter the weather, be it cold or mild, we all dress appropriately and set out into the neighbourhoods around our weekly meeting spot. The scouts are well versed on what to say as they walk up to houses, some of them already beautifully decorated for the holiday season. A gentle knock on the door or a ring of the doorbell lets the homeowners know that we are there.

“We are French scouts collecting canned goods for the poor” they proudly chant. After doing so for numerous years, we are often told that we are remembered for the past years. Some amazing people fill the scouts bags with anywhere from one can good or at times several ones. There is also a parent volunteer driving down the streets alongside of the groups so that the scouts can lighten their load and put the donations into a trunk.

It seems discouraging at times for the young ones when doors are left unanswered or when people simply can’t spare anything themselves. However, once all the groups meet up again and we pile all of the donations in one big truck, it becomes clear how important it was to each do their part no matter how small. There have been years where approximately 30 youths have been out in the neighbourhoods for barely an hour but our total count of donations was over 1 000 non-perishable food items.

The donations have in the past been brought to help the St-Vincent de Paul organization, we’ve also brought it to the Downtown mission as well as added to the french school board’s fundraiser named “Le grand partage.